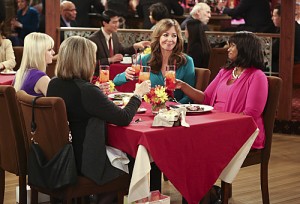 CBS has become the latest network to announce their 2013-2014 season finale dates, which begin on March 31st with the one-hour series finale of How I Met Your Mother and the first season finale of Intelligence. In total, the network is going to have four series conclude their runs this season before May sweeps begins, as already renewed Mom ends April 14th and The Crazy Ones gets a one-hour finale April 17th. Also of note, Survivor will be concluding on a Wednesday rather than a Sunday for the first time in a decade. while CBS Tuesdays will be the rare night where every show ends the same date (May 13th) and The Amazing Race gets a one-hour finale rather than a typical two-hour edition.

Finale dates for the likes of Friends with Better Lives and Bad Teacher have yet to be released, likely due to the fact that they’ll be running into the summer. You can get a look at the full list of CBS 2013-2014 finale dates below.

Do you think CBS should have allowed How I Met Your Mother to air into May? Will any of the currently unrenewed shows (The Crazy Ones, The Mentalist, Intelligence) be renewed for next season? Should more networks allow full nights of programming to end on the same date?