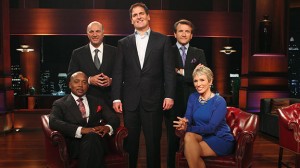 According to The Hollywood Reporter, ABC will be testing reality standout Shark Tank on Thursdays with a special two-night event. On Thursday, April 11th, the network will air an episode of Shark Tank at 8:00, a notoriously troublesome hole in its schedule whose impact has been felt for decades. It makes sense that ABC is wanting to leverage the power Shark Tank has exhibited on Fridays, where it’s up 10% in the 18-49 demo and 17% in total viewers vs. last year, to strengthen its schedule as a whole, but there’s no indication of how it would have to do in order to retain that spot in the fall.

While there’s certainly a temptation to try something new on Thursdays at 8:00 in the fall since The Big Bang Theory will be sitting out the first six weeks of the season, this might be the smarter thing for ABC to do, as it gives a show that people are obviously responding to more exposure and a chance to find a foothold in a difficult slot without its biggest competition. FOX and NBC are non-starters on Thursdays, while The CW targets a different demographic than ABC does on the night and CBS will have Thursday Night Football, typically much lower rated than the Sunday or Monday night equivalents. Shark Tank, which has grown every season its been on the air, could also wind up giving aging Grey’s Anatomy its first strong lead-in in years, thus allowing ABC to have the breathing room necessary to find its next big drama hit.

If ABC decides to leave Shark Tank on Fridays, it brings up the interesting of what to do on Fridays in the show’s absence. Although there’s always the option of moving an aging drama to Fridays or ordering three new multi-cams to surround Last Man Standing, thus forming the 2014 equivalent of TGIF, perhaps the best option would be the fold The Goldbergs into Wednesdays, cut the Tuesday comedy bloc, and use Fridays as a way to drag both Suburgatory and The Neighbors into syndication. Both are two seasons are from hitting 88 episodes and while the former is averaging about 95% of ABC’s scripted average, the latter has shown that it possesses a core audience that can only be expanded by giving it a compatible lead-in. The two comedies wouldn’t come close to what Shark Tank has been averaging, but the move to keep them around would make financial sense of ABC (e.g. ABC owns The Neighbors) and allow them to focus their efforts on other nights.