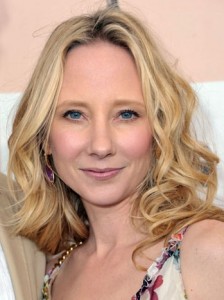 USA Network’s six-episode thriller Dig has added to its cast.

Anne Heche has signed on to play Lynn,  the head of the FBI office in Jerusalem, and the boss – and occasional lover – of Jason Isaacs’s character, Peter.  While investigating the murder of a young female archaeologist, Peter uncovers a conspiracy 2000 years old.

Heche’s character is described as tough and unafraid to rip into her team when they slip up, though she also has a sense of humor and softer side.

Heche recently finished a brief run on NBC’s Save Me.  Her other televisio credits include Men In Trees, Hung, and Lifetime movie Gracie’s Choice.

Dig comes from co-creators Tim Kring of Heroes and Gideon Raff of Homeland, who executive produce with Gail Berman and Gene Stei of Tecumseh Productions.  The project is set to film in Israel and air later this year.