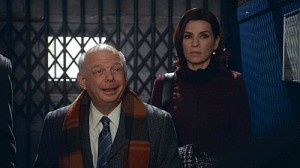 CBS has announced the renewal of 18 series for the 2014-2015 season after earlier this week giving The Big Bang Theory a historic three-season renewal.

On the drama side, NCIS, NCIS: Los Angeles, Person of Interest, CSI, Hawaii: Five-0, Blue Bloods, Criminal Minds, Elementary, and The Good Wife will be returning next season, with The Mentalist, Intelligence, and Hostages left of the renewal flurry.

On the comedy side, 2 Broke Girls, The Millers, Mike & Molly, Mom, and Two and a Half Men will join The Big Bang Theory on the network’s slate for next season. Not receiving a renewal at this time was The Crazy Ones, which has noticeably softened in the ratings in recent weeks. CBS will be premiering two additional comedies (Friends with Better Lives and Bad Teacher) before the end of the season.

In the world of alternative programming, The Amazing Race and Undercover Boss got picked up for next season, joining already renewed Survivor, while 60 Minutes and 48 Hours will also be returning.

Last season, CBS cancelled every series that didn’t receive a renewal in March aside from those that were embroiled in contract negotiations (Criminal Minds and Two and a Half Men), so it’s not a good sign for those that didn’t receive a renewal this go-around. They’re not necessarily dead, but shows like The Crazy Ones and The Mentalist are going to have to overperform for the rest of the season if they have any hope of earning a shot on the schedule.

CBS will be unveiling its schedule for next season, which will include Thursday Night Football, on Wednesday, May 14th.

Do you think CBS made wise decisions regarding what to renew this early? Should they give something like The Crazy Ones or The Mentalist another season? How do you expect the CBS fall 2014 schedule to look?