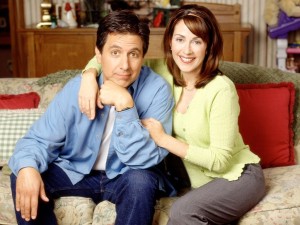 Everybody sure loves Raymond, one of the most popular and favorite shows of all times, which is now going to be inducted into NAB Broadcasting Hall of Fame. Lead cast members Ray Romano and Patriaica Heaton, among others are expected to be present at the time of induction, which will be carried out at the forthcoming NAB show.

Everybody loves Raymond would be introduced to the National Association of Broadcasters’ Broadcasting Hall of Fame at the NAB show on the 7th of April in Las Vegas. Other cast members of the renowned show include Doris Roberts, Monica Horan and Brad Garrett, and among them, the creator of the show, Phil Rosenthal is also expected, along with the main writers of the show.

The CEO & President of the National Association of Broadcasters, Gordon Smith said that Everybody loves Raymond has proved its mettle in the television industry by not only raising the standards of quality television but also by providing a show everyone in the family can relate to. He further said that the show is loved by all age groups and especially because it has made them laugh, all these years. Smith said that he is very much looking forward to meet the cast of the much-loved show and really happy to showcase the huge success of ‘Everybody loves Raymond’ at NAB’s show this year.

Everybody loves Raymond, as we all know, debuted in the year 1996 and a total of nine seasons of the comedy show was aired on CBS. The series finale was aired in May 2005 and drew a viewership of more than 32 million viewers for CBS. The series was produced by HBO Independent Productions and Worldwide Pants, while it was executive-produced by Rory Rosegarten, Stu Smiley, along with the lead actor Romano and creator Rosenthal.  The previous shows to have been inducted at the NAB Broadcasting Hall of Fame include Saturday Night Live and M*A*S*H and also personalities like Garry Marshall and Betty White.