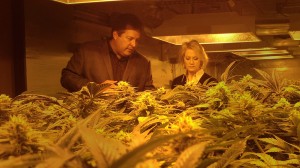 The 20th season of Real Sports with Bryant Gumbel is set to premiere tonight at 10:00 on HBO with four separate stories that tackle things in and around the sports world.

Real Sports correspondent Andrea Kremer will look into marijuana use around the NFL and how players prefer using it for pain management over prescription drugs. With research indicating that the drug has benefits to traumatic brain injury victims, an issue that the league has been dealing with for the past few years, is now the time for the NFL to reevaluate its drug policy?

Frank Deford sits down with retired NFL quarterback Boomer Esiason to discuss the latter’s involvement in the cystic fibrosis community, a cause he’s held near and dear for the past two decades following his son’s diagnosis with the disorder. Deford, who lost his daughter to cystic fibrosis when she was just eight years old, will set out to learn more about the Boomer Esiason Foundation’s success in raising research funding and bond with Esiason over their experiences as fathers touched by disease.

Also in the episode, Bernard Goldberg interviews tech titan Vivek Ranadive, the man responsible for keeping the faltering NBA team in Sacramento from being relocated to Anaheim, while Jon Frankel will look at safety issues in the world of professional bull riding and whether the helmets the PBR have recently required riders to wear mean that the sport itself is kinder and gentler. Can a sport that built its brand on a maverick image increase safety for its riders while still retaining its audience?

You can check out clips from all four stories below.

Will you be watching the Real Sports season premiere tonight? What type of stories would you like to see Real Sports tackle during 2014? Do you have any predictions on what will happen in the sports world this year?