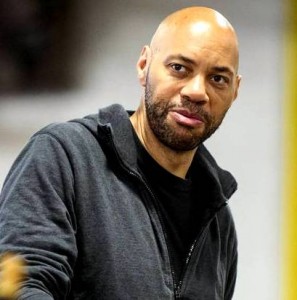 Nominated for an Oscar for screenplay in 12 Years a Slave, John Ridley is heading towards directing the pilot for ABC. Alongside, Ridley is executive producing and working on the script for American Crime.

It has only been a week since ABC gave the green signal for Ridley’s drama, American Crime, the screenwriter is going ahead with ABC, this time stepping into the shoes of a director. The Oscar-nominated screenwriter will be showcasing and scrutinizing the personal lives of the players, who has to face racially charged trials, which turned their worlds totally upside down.

Well, now not only will Ridley be peening down the script for American Crime as well as executive-producing it, but he will also be directing the pilot. And guess who will be accompanying the project with Ridley? The former head of drama of ABC Studios turned producer, Michael McDonald.

Ridley’s much-awaited comeback on TV was marked by the ABC drama after three good years, when HBO approved his boxing drama Da Brick and when after five years, The Wanda Sykes Show ended. Ridley’s small screen credits comprise of The Barbershop and Third Watch, which he got to direct after his biopic on Jimi Hendrix, All Is by My Side was watched by the executives. He had written and directed the documentary. Few episodes of Platinum also add to his small screen directing credits. His Hendrix biopic All Is by My Side will be released in May and adding to that, Ridley is also penning down Ben-Hur.