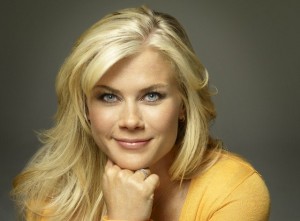 Sami Brady is calling it quits on the long-running soap opera of NBC, Days of Our Lives! The actress playing this character, Alison Sweeney has announced on The Ellen DeGeneres Show that this is her last year on the show. Sweeney has been playing this character for the past 21 years, since she was a 16 year old girl. Sweeney said on the show that she is 37 and for the past 21 years she has not been able to take a break of more than two weeks. She further said on the show that she loves everything about Days of Our Lives; her character Sami, Salem, her job, daytime and her fans.

Sweeney will be seen making this big announcement tonight on The Ellen DeGeneres Show and the reason she gives is that as her kids are getting old, she now wants to be with them and will enjoy her last year at the NBC’s longest-running show Days of Our Lives.

The date for Sweeney’s exit from the show has not been officially decided yet, she feels that her character, who has seen numerous ups and downs in the two decades on the show, she truly deserves an epic farewell. “(She) probably deserves some sort of very twisted, like Breaking Bad ending,” she says. “Sami has certainly caused her fair share of drama over the last 21 years.”

The Biggest Loser host has won the Daytime Emmy for her character Sami on the show for the category of America’s favorite villain. Well, we sure are going to miss her!

Here, watch what Sweeney had to say on The Ellen DeGeneres Show: