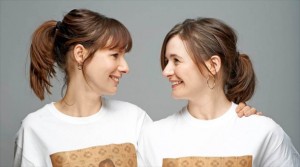 Six-episode British comedy miniseries Doll & Em is set to premiere Wednesday, March 19th at 10:00 on HBO with back-to-back episodes, a practice it will employ for the following two weeks through the series’ conclusion. The series was written by and stars real-life best friends Emily Mortimer (The Newsroom) and Dolly Wells (Bridget Jones’s Diary), semi-improvised Doll & Em tells the story of a Hollywood actress who hires her best friend to be her assistant. The series is being described as a “bittersweet, intimate portrait of female friendship” with “unexpected complications and surprising twists.”

Doll & Em is the latest internationally produced series to be acquired and aired by HBO, the most recent being Australia’s Ja’mie: Private School Girl. It seems like a smart pickup for the network, as its audiences have familiarity with Mortimer from The Newsroom, the series has garnered critical acclaim in early screenings, and it’s likely cheap enough to where poor ratings wouldn’t do much damage on the HBO bottom line. They get to say they aired a creatively strong, female-created comedy, another sign to creative types that the network won’t shy away from series that others would and to potential subscribers that HBO is the place for content you wouldn’t see otherwise.

You can check out a preview of Doll & Em below. The show joins a busy spring for HBO, which includes the next seasons of Game of Thrones, Veep, and Vice, as well as the debut of new comedy Silicon Valley and telefilm The Normal Heart.

Will you be watching Doll & Em? Should HBO be using it on a night with greater potential for live viewership? Would you like to see HBO try to acquire more British comedies?