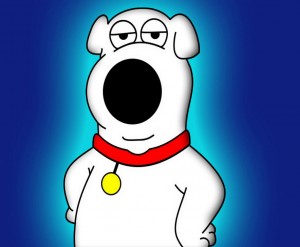 It might be the most extraordinary holiday miracle for Family Guy, as the show’s most loved character, Brian Griffin, the dog comes back from the dead! The animated series’ Christmas episode aired last night, unleashing the lovely surprise for the fans of Family Guy, especially who watch the show because of the witty pet.

In the last episode of Fox’s most popular animated series, named “The life of Brian”, which was aired on November 25, the family lost their pet in a car accident. Fans’ hearts broke when they saw Brian die in front of his best friend Stewie. That episode was followed by a lot of hue and cry from the show’s fans, who obviously weren’t happy by the permanent exit of their favorite character. An online petition on Change.org was also generated and was signed by 128,000 fans, who demanded that Brian Griffin must come back.

Finally, Fox gave in before the fans’ love for Brian and surprised them with last night’s episode “Christmas Guy”. Stewie, who’s absolutely baffled by his best friend’s death, suddenly remembers that his time machine was hidden inside his backpack. Stewie goes back in time and reaches just in time to save Brian from the fateful accident. Stewie exclaims with joy, “You’re alive my friend!” and tells him that he couldn’t live without him so he travelled back in time to save his precious life. Wait, what comes next is more overwhelming! To that Brian Griffin thanks Stewie for having saved his life, apparently he thought that most families would’ve gotten another dog and moved on. Bravo!

Creator of Family Guy, Seth MacFarlane tweeted after the episode telling the fans “You didn’t really think we’d kill of Brian, did you?” Ahem, people signing the petition sure did. So, what did you think of Brian’s resurrection, I felt great about it!