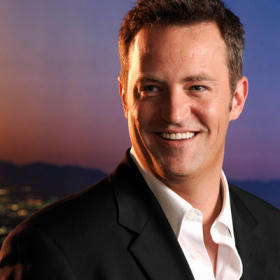 Good news for Matthew Perry fans as the actor, well-known as his character Chandler Bing from all-time favorite sitcom F.R.I.E.N.D.S.
is going to get Odd Couple back on CBS.

Not only has Perry decided to act in the comedy, but is also co-writing and executive producing it along with Danny Jacobson. This one, where Matthew is starring as Oscar Madison, is going to be a retake on the Broadway play, movie and ABC comedy by Neil Simon. Mad About you fame, Danny Jacobson is co-executive producing and co-writing the comedy, for which they have already received a script and commitment deadlines from the CBS Network. Along with the CBS Television Studios, other executive producers for the comedy include Timberman-Beverly and The Tannenbaum Co. Sarah Timberman and online casino Carl Beverly and also Kim and Eric Tannenbaum.

This retake by Matthew Perry and the CBS Network will imbibe the revamp of Neil Simon’s classic, which was all about an arrogant Felix Ungar and his laid-back roommate Oscar Madison, which is to be played by Perry. Originally, the Broadway run show starred Walter Matthau and Art Carney, for which the former won a the Tony award for best actor and best play production, among many others. The play was followed by a film in the year 1968 and a sequel and then a comedy series on ABC which aired five seasons from 1970-1975.

Odd Couple will also mark a reunion for Matthew Perry and CBS, after his earlier shows with the network like Go On and Mr. Sunshine. Perry has also been seen frequently for his role on The Good Wife.