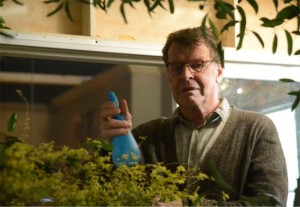 Understandably, it’s taken some time for Ichabod to get used to a world nearly three centuries removed from the one he knew. Aside from reconciling himself with the deaths of his loved ones and the culture that he took pride in, Crane has had to get used to the way things work in American society in 2013, from bottled water to fast food, from flashlights to OnStar. While he does have Abbie around to help fill him in on the things he’s missed and guide him through a difficult time in his life, it still has to feel extraordinarily disorienting to feel so far behind everyone else, almost as if he was born again and forced to relearn everything he thought he knew. But culture shock has nothing on the news that Katrina gave birth to a son without ever telling him that she was pregnant.

On the winter finale of Sleepy Hollow, Ichabod begins digging into the mystery of his son – who he was, what his life consisted of, why Katrina wouldn’t tell him about the pregnancy. The only place he knows to turn? Henry Parrish, the Sin Eater who helped him earlier in the season. But in order to find out about his son, he’s going to have to go into purgatory and talk to Katrina directly, something that will put his very soul in danger as still-living human beings crossing into that realm risk losing their essence in the transition. And that’s not including the fact that Ichabod’s presence in purgatory could draw Moloch to both him and Katrina. However, Ichabod is so separated from the live he once lived that he needs the peace of mind in knowing who his son was and that he had a life that turned out to be not so bad, so he’s willing to risk bringing Moloch out and losing a part of himself in order to find out.

Sleepy Hollow airs Mondays at 9:00 on FOX. The show will return January 13th before completing its first season on January 20th.

Why do you think Katrina kept the pregnancy hidden from her husband? Just how much danger is Ichabod putting himself under by heading into purgatory? Will his son’s identity end up being a surprise?