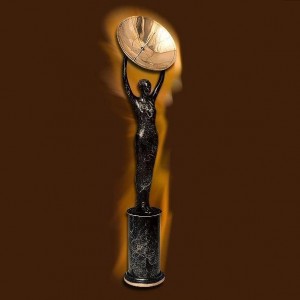 Nominations for the 18th Satellite Awards were announced yesterday and while the usual awards suspects (Homeland, Breaking Bad, Mad Men) were present and accounted for, the International Press Academy made up for past Emmy snubs and possibly paved the way for future awards recognition for new shows. Smaller series like Sundance’s Rectify and Amazon’s Alpha House picked up multiple nominations, as did the likes of Hulu exclusive The Wrong Mans, critically acclaimed Orange is the New Black, and bio-drama Masters of Sex. Among the first time acting nominees were Freddie Highmore, who joins Bates Motel co-star Vera Farmiga in the nomination circle; Orphan Black star Tatiana Maslany, adding to her recent Critics’ Choice Television Award and TCA nomination; and James Wolk, who was recognized for his turn as Bob Benson on Mad Men.

You can check out a full list of television nominees below. The 18th Satellite Awards will be handed out on March 9th, 2014.

What do you think about the Satellite Award nominations this year? Who do you think was the biggest snub in the acting categories? Which series will take home the awards for Best Drama, Best Comedy/Musical, and Best Miniseries/Motion Picture Made for Television?