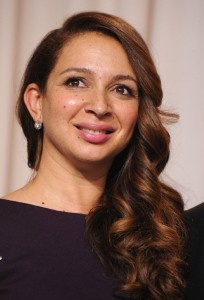 Saturday Night Live alum Maya Rudolph will be getting her own show, TV Guide is reporting.

Rudolph will be headlining her own primetime variety show, which will debut as a special after the Winter Olympics on NBC.  SNL head Lorne Michaels will be executive-producing with her, as well as Erin David and Dave Becky.

As of right now, it is the pilot show that will be airing after the Olympics.  The project has been in progress for several months.

After the cancellation of Up All Night, Rudolph’s comedy with Christina Applegate and Will Arnett, she reportedly recieved pilot offers, though has been holding out for a variety show project such as this.

Maya Rudolph last returned to Saturday Night Live in February with a well-returned hosting spot, and can be seen in recent films Grown Ups 2 and The Way Way Back.