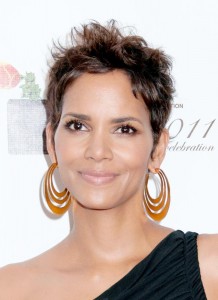 Halle Berry will be taking the screen in her first major TV series role in Extant, a serialized drama from CBS Television Studios and Steven Spielberg’s Amblin Television.

Berry will be playing an astronaut returning from a year-long solo space mission, trying to reconnect with her husband and son in their everyday lives.  Her experiences in space and home will lead to events that could change the course of human history.

The actress’s last semi-regular TV spot was a supporting role on a 1989 ABC comedy Living Dolls. The show was canceled after 12 episodes.

Said Spielberg, “There’s only one Halle Berry, and we are incredibly honored that she has chosen ‘Extant’ to expand her illustrious career…As she does with everything she touches, she will bring a deep authenticity to her role and I very much look forward to working with her.”

CBS greenlit the series in August.