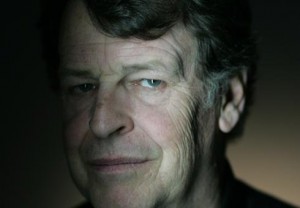 FOX has announced that Fringe‘s John Noble has joined the cast of Sleepy Hollow in a recurring role. He’s set to play Henry Parrish, a man with supernatural powers that might help Ichabod and Abbie protect the town from evil. There’s been no word as to how many episodes he will appear in.

Considering that this is a series that’s already delved into time travel, blood curses, and indestructible headless horsemen, introducing someone with supernatural powers isn’t a stretch, especially since witchcraft will play an important role with the two covens. Making Noble’s character either currently included in the good coven or someone with an association/connection to the band of good witches in Sleepy Hollow would tie him to Ichabod’s past through Karina, while giving a spotlight to that world outside his visions of Karina.

But there’s always a chance that he’ll simply be a reclusive man with powers that haven’t been discussed yet, a floater without any allegiance in the battle of good vs. evil that will become increasingly more lopsided should Icabod and Abbie not make progress toward stopping the Four Horsemen. If he’s powerful enough, Henry could be one of the key players in deciding the fate of Sleepy Hollow, a key piece in Icabod and Abbie’s plan to destroy the evils that threaten to take over the town they love.

In addition to his role as Walter Bishop on the cult sci-fi drama, the Critics’ Choice Television Award winner has appeared on the likes of The Good Wife, Home and Away, and 24.

Sleepy Hollow airs Mondays at 9:00 on FOX. You can check out spoilers for the next two episodes here, as well as a promo for Monday’s episode below.

Are you happy to have Noble back on television? Do you think Sleepy Hollow can maintain the momentum from the pilot? Just what type of supernatural powers would you like see Parrish have?