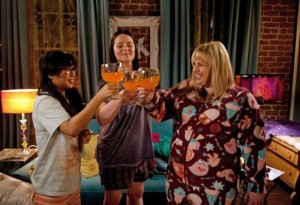 ABC has opted to pull the pilot of upcoming comedy Super Fun Night in favor of airing the second episode of the series on the same date. The pilot has drawn negative buzz toward the series, which will be the seventh to air behind Modern Family and was thought to be one of ABC’s biggest hopes due to star Rebel Wilson, so not airing it first (or at all) can keep Super Fun Night from getting off on the wrong foot. However, it puts more pressure on the rest of the episodes to be aired in order or else have the series face what happened to Don’t Trust the B—- in Apt. 23, which went back-and-forth between leftover season one and current season two episodes before being canceled.

Starring Wilson, Liza Lapira, and Lauren Ash, Super Fun Night follows a group of three best friends who decide that their days of staying in every Friday night are over. Rather than continue to play it safe, they make it their mission to try new things and experience what they had been missing out on for so long. Below is the official description of the episode that will take the place of the pilot, for which a new date has not been set.

“Anything for Love” — Kimmie wants the gang to broaden their horizons and try something they’ve never done before. But she’s not so brave when she finds out their next super fun night destination is a piano bar. Can she face her biggest fear, singing in public? Meanwhile, Kendall can’t understand why Richard and Kimmie are friends and plans to do something about it.

The series premiere of Super Fun Night is set to air Wednesday, October 2nd at 9:30 on ABC. You can check out a trailer for the series below.

Will you be watching Super Fun Night? Do you think it’s a good decision to skip the pilot and move on to the second episode? Can the show hold enough of its Modern Family lead-in to be considered a success?