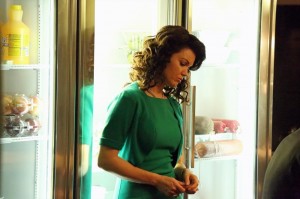 BET has announced that they’ve acquired the rights to ABC’s political fixer drama Scandal and will begin airing the series from the first episode later this summer, with exclusive off-net syndication beginning in fall 2014. The move is set to lead into the third season of the show, which will be rebroadcast no earlier than eight days following its initial ABC airing. However, there’s been no word as to when BET will begin airing Scandal or how the third season encores will be scheduled.

“We’re thrilled to be joining forces with ABC in airing this dynamic series,” said Debra Lee, Chairman, BET Networks. “Scandal is a cultural phenomenon that has resonated with viewers for the past two seasons and we’re excited to be part of its continued journey.”

This could potentially be a great thing for both the show and BET. Scandal, which exploded in the ratings last season amid an arc about an assassination attempt and election rigging, will get even more exposure that could help it keep the momentum it had at the end of season two, while BET gets a hot property that might help their original programming. If the arrangement between the networks goes well, Scandal should keep its stranglehold on its Thursday time slot, since it’ll likely pick up some BET eyes and people won’t be able to fall that far behind thanks to the reairings; there’s a slight chance, though, that the reairings could fragment the audience and have people watching strictly on BET rather than keeping up live. That might not end up mattering, since Scandal has gotten quite a jolt from social media and its frenetic storytelling. Simply put, people like to watch Scandal live and that urgency could offset whatever live audience it would lose through the new arrangement with BET.

Scandal returns for a third season this fall on ABC. You can check out ABC’s full fall 2013 schedule here.

What do you think about the move by BET? Does this all but guarantee a fourth season of Scandal? What do you expect to happen during the show’s third season?