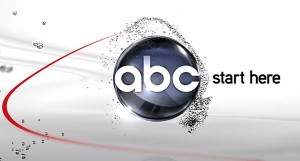 ABC has released their plans for next fall and while Mondays will remain the same as they were this season, every other night has at least one significant change. Tuesdays will see four new shows, as Marvel’s Agents of S.H.I.E.L.D. will lead into new comedies The Goldbergs and Trophy Wife, which will lead into drama Lucky 7. Wednesdays has new comedies Back in the Game and Super Fun Night, while Thursdays sees the Once Upon a Time spin-off joining the fray and paired with Grey’s Anatomy and Scandal. Fridays finds The Neighbors assuming Malibu Country‘s 8:30 spot and Sundays stay mostly pat, with Revenge at 9:00 and new soap Betrayal at 10:00.

Trailers will be linked to as they’re released. New shows are capitalized.

What do you think about ABC’s schedule? Do you think Agents of S.H.I.E.L.D. should be leading into comedies? Are you surprised that the network put the Once Upon a Time spin-off on Thursdays?