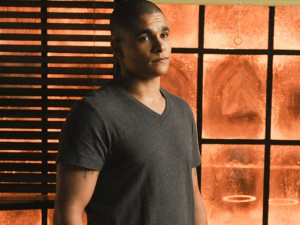 According to Sloane, Pete nearly killed her with his reckless lifestyle dragging her to depths she never thought she’d go, but he did something almost equally as damaging when he came between her and Olivia. The two Devil Girls had known each other for quite a while and weathered the pressure of dancing for such a high profile team together, the type of experience that can build friendships and further solidify bonds like the one they had. However, all the progress they made and the love between them died when Sloane caught her friend in bed with Pete, which distanced the two women from one another for years and led to Sloane not telling Pete about Ahsha’s existence until just recently. But why exactly did Olivia hook up with Pete to begin with?

On the next episode of Hit the Floor, Olivia and Pete find themselves alone in a limo and begin reliving their past. Pete accuses her of using him as a stepping stone, a way to increase her fame and land someone like Chase, while she mentions that he wasn’t exactly an unwilling participant in their affair, as he cheated on Sloane with Olivia and cheated on Olivia with anything in a skirt. You’d think, though, that since they’re both in the doghouse with Sloane, they’d try to come to some sort of understanding rather than turning on one another and pointing fingers. No matter whose fault it was or whatever ulterior motives each of them may have had for doing what they did, the fact is that it’s done and how they choose to proceed from here will determine the state of their relationships with Sloane.

Elsewhere on Hit the Floor, Kyle’s behavior irks Olivia, while disturbing news spreads about Terence, Sloane discovers a secret about the Devils organization, and Raquel’s situation with Jesse becomes that much more complicated.

Why do you think Olivia hooked up with Pete in the first place? Is Kyle heading for trouble thanks to her behavior? What does Sloane discover that could make her fearful for Ahsha?