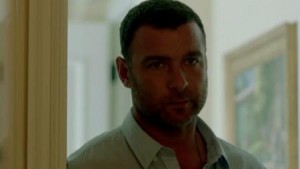 Showtime has released featurettes for upcoming new drama series Ray Donovan and Masters of Sex, its two debuts of the year.

Ray Donovan tells the story of a Los Angeles fixer (Liev Schreiber) in charge of tending to the needs of the city elite. He’s the man tasked with making problems disappear and keeping Los Angeles running like clockwork, which has afforded him an affluent, comfortable lifestyle in which to house his family. However, when his father Mickey (Jon Voight) gets paroled five years earlier than expected, Ray’s old childhood wounds are reopened and he’ll be forced to face demons that he thought were long exorcised. Is Ray going to be able to stay one step ahead of his father and keep his seemingly perfect life exactly the way it was before Mickey’s parole? In addition to Schreiber and Voight, Ray Donovan stars Katherine Moennig, Paula Malcomson, and Pooch Hall.

Meanwhile, Masters of Sex stars Michael Sheen and Lizzy Caplan as William Masters and Virginia Johnson, real-life pioneers in the field of human sexuality. The series, based on the novel “Masters of Sex: The Life and Times of William Masters and Virginia Johnson, The Couple Who Taught America How To Love” by Thomas Maier, will document their rise from researchers in St. Louis to prominent pop culture figures during the sexual revolution, as they appeared on several magazine covers and talk shows to talk about their work. The series also stars the likes of Caitlin Fitzgerald, Nick D’Agosto, and Teddy Sears.

Will you be watching either, neither, or both of Ray Donovan and Masters of Sex? Do you think that they’re paired with the shows that will help them most in the ratings? Would you like to see the network focus on premiering new comedies next year?