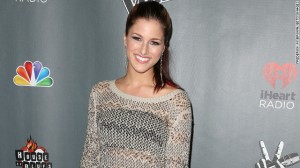 Like Javier Colon and Jermaine Paul before her, Cassadee Pope is set to return to The Voice the season after her win. The 23-year-old singer-songwriter will debut her first country single, titled “Wasting All These Tears”, before its official release on June 10th. An official solo debut for the Hey Monday frontwoman should follow later this year.

-ABC Family has given Melissa & Joey a season three backorder of 10 additional episodes set to air 2014, bringing the season episode total to 20, while renewing the show for a fourth season of 20 episodes. The show, which returns on May 29th, will be the first ABC Family original comedy to pass the 100 episode threshold.

-Mariah Carey and Tim McGraw are scheduled to perform on NBC’s annual Macy’s Fourth of July Fireworks Spectacular, airing 8-10 p.m. on Independence Day. The special will be hosted by Nick Cannon, host of America’s Got Talent and Carey’s husband.

-Comedian Jim Norton and blogger Lindy West will be guests on Totally Biased with W. Kamau Bell Thursday, May 30th at 11:00 p.m. on FX. The topic: the on-going debate between censorship and artistic freedom.

–CSI producer Anthony Zuiker, ABC, and Hyperion Books have collaborated on a series of books based on upcoming reality show Whodunnit?. The first book in the series, titled “Whodunnit?: Murder in Mystery Manor,” introduces a figure that will be important in the television show and centers on ten people gathered at a luxurious mansion before finding out that one of them is a killer. Whodunnit? premieres Sunday, June 23rd at 9:00.

-The third season finale of CBS’ Mike & Molly, delayed by the tornado in Oklahoma, is set to air Thursday, May 30th at 8:30. The Chuck Lorre comedy was left off the network’s fall schedule and will return sometime midseason.

-Comedy Central has renewed sketch series Inside Amy Schumer for a second season, which will premiere sometime in 2014. The April 30th series premiere was the network’s highest-rated series launch of 2013.

-Rob Lowe has agreed to play President John F. Kennedy in upcoming National Geographic telemovie Killing Kennedy. Based on the book by Bill O’Reilly and Martin Dugard, the two-hour film will follow two men on a collision course and one event that changed a nation forever. Co-starring are Ginnifer Goodwin as Jacqueline Kennedy and Michelle Trachtenberg as Marina Oswald.

–Being Mary Jane, a BET movie starring Gabrielle Union as a single newscaster looking to find love, will premiere Tuesday, July 2nd at 10:30 following the midseason finale of The Game. The movie will then morph into a weekly one-hour series, which will debut in January 2014. Here’s the first sneak peek.