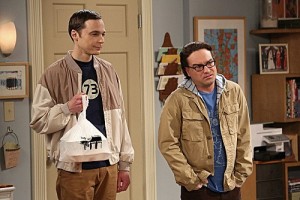 CBS has become the first network to give several renewals at once for next season. While there are shows on all networks that have earned early renewals, the Eye officially granted 18 of its shows a place on the 2013-2014 schedule.

On the drama side, NCIS, NCIS: LA, Elementary, Person of Interest, Hawaii: Five-0, The Mentalist, Blue Bloods, and The Good Wife all earned a spot on next season’s schedule. Left out of the mass renewal are freshmen Vegas and Golden Boy, veteran CSI: NY, and Wednesday staple Criminal Minds, though the latter will almost certainly earn a renewal at or by the network’s May upfront presentation.

In terms of comedies, The Big Bang Theory, 2 Broke Girls, Mike & Molly, and How I Met Your Mother will be back next season, with Mother heading into its final season. Not receiving a renewal today were utility player Rules of Engagement and former network king Two and a Half Men; CBS executives have spoken of wanting Men to return for another season, though contracts will have to be worked out for its main players.

Finally, the unscripted trio of The Amazing Race, Survivor, and Undercover Boss are set to return for their next seasons, along with newsmagazine 60 Minutes.

During the season, CBS has cancelled comedy Partners, dramedy Made in Jersey, and reality-competition series The Job.

Do you think any of the shows that remain unrenewed after today will make it to next season? How do you think CBS should schedule their returning favorites? Which CBS show’s finale are you most looking forward to?