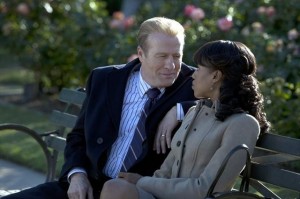 AMC’s The Killing has officially added four new cast members for its upcoming third season. Set to recur are Gregg Henry (Scandal) as Carl Reddick, Holder’s career cop new partner, and Aaron Douglas (Battlestar Galactica) as Gabe, a prison guard on death row. The two newest regulars on the resurrected drama, which was cancelled last year before being revived earlier this year, are Hugh Dillon (Flashpoint) as Becker, a man who faces off with a death row inmate, and Johnny Ray Gill (Harry’s Law) as Alton Singleterry, a low-level gangbanger who may be on death row but hasn’t let that dampen his spirit.

The third season of The Killing takes place a year after the second season finale. Sarah Linden has managed to stick to her promise to herself to quit the force for good, opting to focus on her own mental health and her son’s welfare before getting wrapped up in another case. That is, until Holder needs information from her about a former murder investigation she worked that connects to a search for a runaway girl that he’s leading. Linden got herself out of a spiral that nearly cost her everything that she holds dear, but her love of police work may be too strong to keep her away this time. Can she help with the investigation without it consuming her entire life?

Joining the four latest cast members in appearing on the third season of the crime drama are Peter Sarsgaard (Jarhead) as a domineering death row inmate who has been in and out of the system since childhood; Amy Seimetz (Wristcutters: A Love Story) as a financially strapped single mother of a teenage girl who goes missing; Max Fowler (The Hour) as a manipulative, streetwise teenage boy with a long rap sheet; Elias Koteas (The Curious Case of Benjamin Button) as Linden’s intense ex-partner, who is harboring a big secret; and Bex Taylor-Klaus (Mental Intervention) as a tough guy who looks after the street girls…and happens to be a she.

The third season of The Killing is tentatively slated to debut in May.

Will you be watching the third season of The Killing? Should the show have been brought back from cancellation? What do you think about all the new cast members?