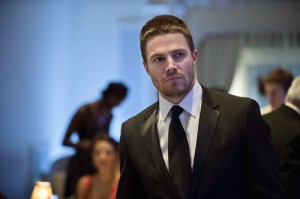 The CW has become the first network to confirm season finale dates for each of its shows. While The Carrie Diaries and Hart of Dixie will be ending their runs early, the former in early April to make room for Oh Sit! and the latter in early May, every other CW series is set to conclude the week of May 13-17.

The series finale of 90210 airs Monday, May 13th at 9:00, while Wednesday, May 15th sees genre favorites Arrow and Supernatural close out their first and eighth seasons, respectively. Both have already been renewed for next season. Also renewed for next season is The Vampire Diaries, which, along with bubble show Beauty and the Beast, will be concluding its current season on Thursday, May 16th. With Beauty and the Beast‘s fate yet to be determined, could the fall see the planted Vampire Diaries spin-off airing after its parent show?

The third season finale of Nikita airs Friday, May 17th at 8:00. The show is on the edge of syndication and may secure a fourth season just for that purpose. Finally, the season finale of Cult, which was just moved to Fridays from Tuesdays, will be airing May 24th at 9:00. The show will kick off its run with a more compatible lead-in and lower ratings expectations on March 8th, so the chance of renewal has improved.

The CW has yet to confirm their summer plans, but new seasons of America’s Next Top Model and Breaking Pointe will be premiering, in addition to at least two new reality shows. How they’ll be scheduling scripted repeats remains to be seen.

Which of the currently unrenewed CW shows do you think will return next season? Should the network go all-genre or would it be wiser to have at least one night of different programming? Are there any CW pilots you’re particularly excited for?