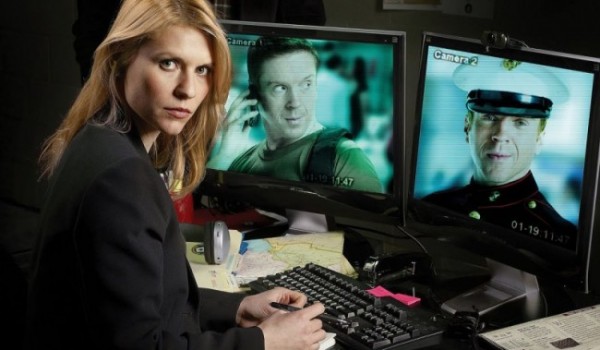 On the latest episode of Homeland, “Q&A,” Brody found himself in very familiar circumstances, being questioned and turned from the inside out. But the person who turned him, who delivered the following quote and asked the question was Carrie Mathison, CIA agent and a woman, oddly enough, in love with Nicholas Brody, terrorist.

“I know that you think that he was kind to you, that he saved you. But the truth is, he systematically pulled you apart, Brody piece by piece, until there was nothing left but pain. And then he relieved the pain and he put you back together again as someone else. He gave you a boy to love, and then that other monster, Walden, took that boy away. Between the two of them, they made your life a misery. Wouldn’t it be a relief to stop lying?”

Carrie was talking to Brody about Abu Nazir, the man who held Brody captive for eight years and turned him from a loving husband and father into a terrorist willing to do anything against his homeland, even if it meant hurting those he loved.

Claire Danes and Damian Lewis were cast perfectly in their roles on Homeland. Kudos to the casting director. I have no idea how they knew going into it that scenes like these would be so important to the telling of their tale, but the story of Carrie and Brody, their personal pain and systematic destruction, one at the hands of bipolar disorder and the other at the hands of a seasoned terrorist are what drive Homeland to such amazing levels of entertainment.

Not only the acting, but the filming, directing, editing and lighting were all done to perfection. I fully expect to see this episode on the list of nominees under many categories for the next eligible Emmy period. The season isn’t half over. Frankly, I expect many more episodes of Homeland to follow suit.

While Brody was being questioned by new the new agent, Peter, he was brought to fits of tears and rage and then brutally stabbed in the hand as the agent attempted to get answers. As Carrie watched on via closed circuit camera, Brody’s hand pinned to the table, she stormed into the interrogation room and took over. It was time to test everything they had been through together, to discover any truth buried in the games they played.

When Carrie put into words was Abu Nazir did to Brody, he was stunned. Brody is not a stupid man, but a brainwashed man. To hear it put so plainly, and by someone he was once so close to did the trick. She invoked the names of his wife and children, Jess, Dana and Chris. As we know, Carrie’s feelings for Brody were, and most likely still are, genuine. The care she showed by bringing forth his family as a way to get him out of his zone of lies showed great character on her part.  As Carrie, teary-eyed, called Brody a good man, reached across the table and held his hand, despite everything that was at stake, I realized I was witnessing one of the most brilliant moments of television I’ve witnessed in years.

Carrie succeed in bringing Brody back to his Homeland. At least for now, he’s going to work with the CIA to gain information from Abu Nazir about his terrorist activities. I suspect this will not only bring Carrie and Brody closer, but will put them in far more danger than they were in when Brody was hiding his own terrorist behavior from everyone he loves. Brody is going to need a lot of hand holding to keep him from inadvertently showing his to Nazir.