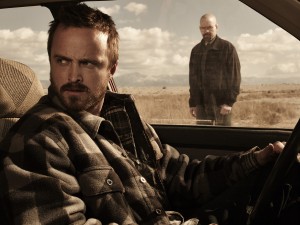 Breaking Bad and Modern Family were the big winners at the 20th Screen Actors Guild Awards, picking up two awards apiece. Each won their respective genre ensemble award, Modern Family for the fourth time and Breaking Bad the first, while Ty Burrell and Bryan Cranston were honored for their individual performances. The rest of the TV winners were a parade of award favorites, as Michael Douglas picked up a SAG to go along with his Golden Globe and Emmy for Behind the Candelabra, Dame Helen Mirren earned her first major honor for Phil Spector, two-time defending Emmy winner Julia Louis-Dreyfus rebounded from her Golden Globe loss to take her first SAG for Veep, and Dame Maggie Smith was given the nod for Outstanding Performance by a Female Actor in a Drama Series for Downton Abbey.

A full list of winners and nominees is below.