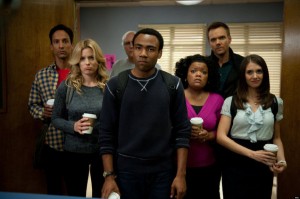 NBC has become the first network to announce plans for midseason, as the network has officially pulled struggling interracial comedy Welcome to the Family and cop drama Ironside from the schedule, effectively canceling them.

Replacing the former will be Community, which will air back-to-back new episodes on January 2nd at 8:00, and Parks and Recreation, moving to its new 8:30 time slot beginning January 9th. From now until then, the night will include back-to-back original episodes of Parks, holiday specials, The Sound of Music Live, and The Sing-Off. The latter will ultimately be replaced by Chicago PD, which is set to premiere Wednesday, January 8th, but before that, Wednesdays on NBC will see new Dateline specials and several holiday specials, including music specials starring Kelly Clarkson and Michael Buble. A planted spinoff of Chicago Fire, Chicago PD stars Jason Beghe, Jon Seda, and Sophia Bush.

Below is a full list of what to expect between now and NBC’s midseason debuts:

It’s not an unexpected move by the network, considering the disparity between its first three nights of the week and its last three nights of the week. Sundays, Mondays, and Tuesdays have been strong for NBC and kept them in first place thus far this season, but Wednesdays, Thursdays, and Fridays all have holes that were helping to bring down their entire schedule. Now that Ironside and Welcome to the Family have been addressed, the network can now concentrate on how to perk Sean Saves the World and The Michael J. Fox Show up, as the two comedies have had disappointing ratings in their brief runs this season that resulted in the show already being pulled for a new episode of The Voice on November 7th.

EDIT: According to Deadline, Sean Saves the World has been given an order for four additional scripts due to building on a poor lead-in and an encouraging creative direction.

Do you think that NBC made the right move in where it scheduled Community and its choice of program in replacing Ironside? Will you be watching Chicago PD? Which scheduling hole should they tackle next?