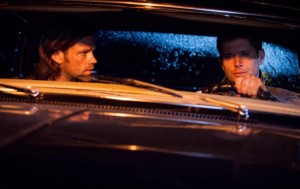 All you Supernatural fans out there, do we have something in store for you or what? We know that you are pretty excited about the season premiere airing on October 8th, 2013 on CW, which is still three weeks away and it’s hard to wait until then to start watching our heroes fighting against the evil. So, we have the extended promo of the season 9 premiere episode named “I think I’m gonna like it here”!

Although, you must know that by the look of this promo, Sam (Jared Padalecki) seems pretty bad or may be even dying. And, obviously his big brother Dean, played by the actor, Jensen Ackles is perturbed about this and makes up his mind to miss the closing of the Hell Gates, in order to save Dean’s life. The promo also covers the come-back of the fans’ most favored character, Bobby, played by Jim Weaver and gives a sneak peek of a fallen angel on the show, Ezekiel, portrayed by Tahmoh Penikett. As Jeremy Carver, the Executive Producer of Supernatural puts it that this guest character is “a dignified warrior angel injured in the Fall.”

So, what are you waiting for, have a look at the full-length promo of the first episode of Supernatural Season 9 below and enjoy. Do share with us your views and expectations from this brand new season of Supernatural. Which character are you looking forward to see the most this season?