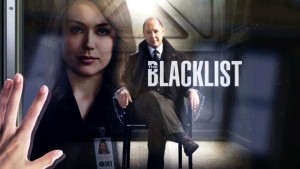 NBC has become the second network to announce the premiere dates for the show it’ll be airing this fall. The Voice returns for a fifth cycle on Monday, September 23rd with original judges Christina Aguilera and CeeLo Green returning; it’ll lead into the series premiere of The Blacklist, starring James Spader and reportedly NBC’s highest testing pilot in a decade. The following day, The Voice results show makes its fall premiere and could potentially boost second-year procedural Chicago Fire, which moves from the Wednesday slot it occupied last season. Wednesday, September 25th sees Revolution making its Wednesday debut and Law & Order: SVU returning for a 15th season, while Thursday, September 26th finds both Parks and Recreation and The Michael J. Fox Show airing in one-hour blocks and Parenthood making the journey from Tuesdays.

The core of the Friday lineup won’t be returning until Friday, October 25th, when Grimm will debut its third season at 9:00 and Dracula begins NBC’s test of low cost international co-productions at 10:00. Until they debut, Fridays will likely be the land of repeats and Dateline, which has its season premiere on September 27th before shifting to 8:00 once Grimm and Dracula arrive.

Among the other later debuts of the season are The Biggest Loser (October 8th), returning to the fall with a one-hour edition; Blair Underwood cop drama Ironside (October 2nd); interracial marriage comedy Welcome to the Family (October 3rd); and Sean Hayes vehicle Sean Saves the World (October 3rd).

You can check out NBC’s 2013-2014 schedule here, as well as trailers for its new fall series here.

What do you think about NBC’s plans to unveil its fall programming? Do you think the way they’ve staggered their premieres will help their ratings woes? Which new NBC series are you most looking forward to?