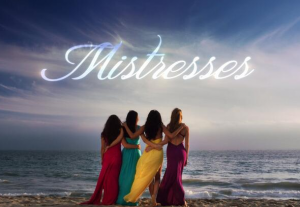 Sometimes all you need in life is a good friend. The world today is such that positivity is at a premium and latching on to someone who benefits your mental state or knows what you’re going through can make a difference in one’s quality of life. In the case of Savannah, Karen, Josslyn, and April, the four leading ladies in ABC’s remake of Mistresses, they’re each lucky to have three friends like themselves who are working toward the next phases in their lives, both personally and professionally.

Based on the hit UK series of the same name, Mistresses follows Savannah, a driven, successful career woman doing what she can to fulfill her potential; Savannah’s free-spirited younger sister Josslyn, whose laidback attitude gets under her sister’s skin; April, a recent widow and mother of a ten-year-old daughter trying to get back into the dating world; and Karen, a therapist with her own thriving practice – and plenty of secrets. They all initially seem very different from one another, but bound by years of complex friendship and experiences that only the other three know about, they’re very much one solid unit that has withstood some pretty harsh conditions. But as their lives change and mold to fit their current goals, needs, and expectations, is there a chance that they could drift apart, ever-so-slightly?

The series premiere of Mistresses airs Monday, June 3rd at 10:00 on ABC. You can check out a list of other summer premiere dates here.

Will you be watching Mistresses? How do you think the show will compare to its UK counterpart? Should ABC have debuted Mistresses sometime during the season rather than holding it for the summer?