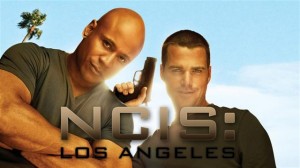 Just as JAG begat NCIS with a two-part embedded spinoff, so begat NCIS to NCIS: LA. Now it appears the franchise will produce yet another spawn, with NCIS: LA executive producer Shane Brennan set to create the sure to be major hit for CBS.

JAG first aired on rival network NBC way back in the fall of 1995, starring David James Elliot and Catherine Bell as lawyers in the US Navy Judge Advocacy Office. When it didn’t pack the expected punch NBC was hoping for, it was cancelled in May of 1996, leaving one episode unaired.

CBS saw potential and decided to pick up the series for mid-season replacement beginning in January 1997. It was one of the best decisions they ever made, as JAG completed nine seasons on CBS and successfully spun off the NCIS franchise.

NCIS, starring Mark Harmon, Michael Weatherly and Pauley Perrette follows the fictional Naval Criminal Investigation Service and started airing in 2003, running alongside JAG for three seasons. Now in its tenth season, NCIS is still one of the few scripted programs to garner weekly viewers around the 20 million mark and Pauley Perrette has been voted the most likable star on television.

To put it mildly, CBS grabbed what NBC threw away and spun gold from that old yarn! The formula is a proven success and there are some lucky movie actors out there waiting to be tapped on the shoulder for their chance at the plum roles on the two-part embedded spinoff. No titles have been named, nor have other details been given, but any way you slice it, CBS is sure to have another winner on their hands.