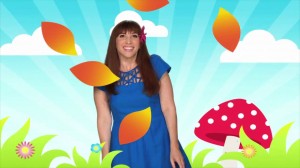 New children’s show Yogapalooza is slated to premiere Saturday, October 4th at 8:00 a.m. on Z Living, the network formerly known as Veria Living. To be hosted by children’s entertainer and yoga enthusiast Bari Koral, the series will focus on getting children active through original music and hands-on activities. Koral will get children to pretend they’re everything from caterpillars to rocket ships, all the while incorporating simple yoga movements that will exercise their bodies without feeling too much like exercise.

Yogapalooza will become Z Living’s first children’s show and one of the first series to premiere following Veria’s rebranding, which was announced last week and will be implemented October 2nd. Premiering the same morning as Yogapalooza will be BollyBlast, where fitness expert Hemalayaa Behl uses Bollywood movement as a way to get heart rates rising, with Chef Danny Boone’s Good Food America set to launch its second season Sunday, October 19th at 9:00 p.m.

Will you be watching Yogapalooza with your children? Do you wish that more children’s programming would include exercise and positive habit formation? What type of programming would you like to see from Z Living following the rebranding?