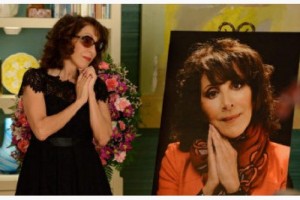 According to The Hollywood Reporter, NBC has cancelled family comedy Working the Engels after one season. The show has immediately been yanked from the schedule, with the remaining seven episodes of its 12-episode order currently unscheduled. Working the Engels will be replaced with new episodes of fellow NBC summer comedy Welcome to Sweden, which was recently renewed.

The first sitcom collaboration between a U.S. and Canadian broadcaster, Working the Engels is the second cancellation of NBC’s very strong summer, which has seen renewals for freshmen series The Night Shift, Undateable, and Welcome to Sweden. Though that type of momentum can only help NBC going into the fall, the network still has to make a decision on drama Taxi Brooklyn and if that, too, gets cancelled, it’ll be interesting to see how the network’s fall ratings look. Could a stumble at the end of the summer possibly cause NBC to be slow out of the gate come fall?

Created by Jamie and Katie Ford (Miss Congeniality), Working the Engels told the story of Jenna Engel (Kacey Rohl), who returns home after learning of her father’s passing and who begins working at his law firm in order to support the rest of her family. The series, which has also been pulled and cancelled in Canada, also starred Andrea Martin (SCTV), Azure Skye (Red Dragon), and Benjamin Arthur (Less Than Kind).

Will you miss Working the Engels? Do you think the show’s (relative) failure will hurt NBC’s momentum heading into the fall? What type of comedy should NBC pursue for the summer of 2015?