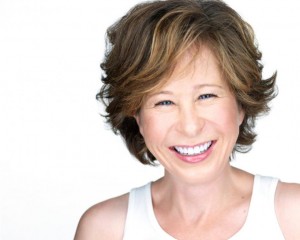 TVLine is reporting that Yeardley Smith (The Simpsons) is set to guest star on the fourth season premiere of Revenge. She’ll be portraying Phyllis, a patient at the mental institution Victoria is staying at.

It should be interesting to see how long Revenge will allow Victoria to remain in the mental institution, seeing as how she finally learned the truth behind Emily’s identity and reason for coming to the Hamptons in the first place. Now Victoria has the ammunition necessary to bring Emily down once and for all, yet her stint in the institution and the outlandishness of her claims likely won’t bring many people over to her side, at least in the beginning. But Victoria Grayson is nothing if not a planner and during her time in the hospital, she’ll be coming up with a way to prove that Emily isn’t who she says she is and that she was right all along not to trust her. However, will Victoria be prepared for the ways in which Emily will try to undermine her credibility and destroy her reputation once she finally does get out of the hospital?

In addition to her voiceover work as Lisa Simpson on the FOX animated classic, Smith has appeared on the likes of Mad Men, The Big Bang Theory, and Dead Like Me. She joins fellow season four guests Elena Satine (Magic City) and Brian Hallisay (The Client List), while the ABC soap has two promotions in Karinne Vanasse (Pan Am) and James Tupper (Resurrection) being booted to series regulars.

The fourth season of Revenge will premiere Sunday, September 28th at 10:00 on ABC.

Will you be watching the fourth season of Revenge? How long would you like to see Victoria remain at the mental institution Emily forced her into during the season three finale? Once Victoria finally does free herself from the confines of the hospital, what will be her first move against Emily?