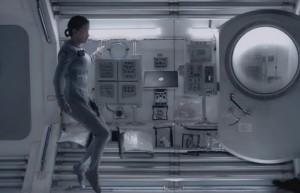 After moving the finale of Extant up a week in order to show the Big Brother finale alongside the Survivor premiere, CBS has opted to air back-to-back episodes of the space drama on August 20th and 27th, beginning at 9:00 each night. This way, the series gets to air all 13 of its episodes by the time of the finale, as there would have been two episodes remaining without the double-up.

Extant hasn’t had the steadiest of scheduling since it premiered last month; following two consecutive weeks of drops from an already underwhelming premiere number, CBS pushed the drama back an hour and gave it a Criminal Minds encore as a lead-in rather than the Big Brother lead-in it had for its first few episodes. Granted, the show’s numbers look better now that they’re occurring at a later hour and behind an encore, but Extant is currently no better than a toss-up for renewal, given how expensive it is and how CBS has already ordered a drama for next summer in Zoo. While it could very well gain ratings momentum during its final run of episodes, especially since it doesn’t have a two-hour finale during premiere week to deal with anymore, it’s hard to look at the doubling up of episodes as a wholly positive sign for the show’s future, despite its Amazon streaming security blanket.

Created by newcomer Mickey Fisher, Extant stars Oscar winner Halle Berry (Monster’s Ball) as an astronaut who returns to Earth after a year-long mission. Once she returns, though, she finds that she’s mysteriously pregnant and begins a search for answers as to how that’s possible and what exactly happened up in the air. The series also stars Goran Visnjic (Red Widow), Hiroyuki Sanada (Helix), Grace Gummer (Zero Hour), Camryn Manheim (Ghost Whisperer), and Pierce Gagnon (Wish I Was Here).

Extant airs Wednesdays at 10:00 on CBS. The season finale is set to air Wednesday, September 17th.

Have you been watching Extant? Do you foresee CBS renewing the show, despite the underwhelming ratings and decided lack of critical buzz? Will CBS continuing pursuing genre programming if Extant doesn’t make it to a second season?