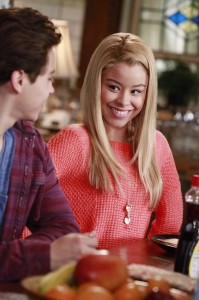 Though Mariana might be firmly ensconced on the dance team, she’s still of the mindset that she’s one missed move away from being booted. She’s been so desperate to find a social group that will accept her for herself that she’s hanging on to her spot for dear life, even when, by all indications, she’s not in any danger of leaving the team. Her position as the principal’s daughter might have helped her case to get on the team, but Mariana has secured herself a spot on the dance team through her effort and continued improvement, so an upcoming competition shouldn’t be that much of a worry for her. While she might not be the best dancer on the team, she’s grown into a solid asset, but will her insecurities allow her to show that during the competition? Or will she sabotage herself and inadvertently threaten her position on the team?

Monday, July 28th – “The Longest Day”
Lena supports Brandon as he unloads a long-held secret that could tear his family apart. Callie brings Jude for a visit with the Quinn family in the hopes that Jude will no longer feel so threatened by this other side of Callie’s life. Meanwhile, Jesus is torn between feelings of guilt over his failed relationship with Emma and pressure to prove his loyalty to Hayley. Mariana’s dance team prepares for an upcoming competition, and her insecurities threaten to get the best of her.

Do you think the Fosters will be able to make it through this latest tragedy? How will Callie’s visit to Girls United go? Where do you think Mike was the night of Ana’s disappearance?