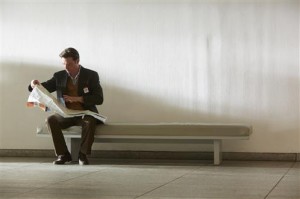 Amantha has centered her life around Daniel for so long that she’s forgotten who she was before his arrest and subsequent prison sentence. Granted, she’s moved to the big city, worked, dated, and did just about everything one expects someone of her age to do, but her sole purpose in life for a number of years was champion of Daniel’s cause, the one fighting hardest to get him off of death row. While the tenacity that’s served her so well in the past once again came through, as her efforts helped exonerate her brother and bring him back home, it also kept her from moving on and figuring out what she wanted to do with herself now that a huge chapter in her life was over.

On tonight’s episode of Rectify, Amantha makes the decision to stick around Paulie for the time being and continue looking after Daniel, going as far as applying for a low-end retail job and resolving herself to a life lacking stimulation. Part of what’s motivating Amantha to lurk around town is her fear of the repercussions from Daniel’s beating, but the fact remains that she had to turn off certain aspects of herself in order to make progress with Daniel’s appeals. Her life became less about what she wanted or needed and more about what she could do to help her brother and that stunted her development as a person; though Amantha is a determined, headstrong individual with all the potential in the world, she’s never going to be able to go on to bigger and better things rotting away in some dump in Paulie. As much as it might pain her to separate herself from the family, she might have to put her trust in Janet and Jared if she has any hope of building a life for herself that has nothing to do with Daniel.

Elsewhere on Rectify, Daniel heads to Atlanta to seek refuge from the spotlight of Paulie, while Teddy seeks help from an unlikely person in his quest to update the tire store.

Do you think Amantha should try to restart her life in Atlanta rather than setting up shop in Paulie? Will Daniel find the anonymity he’s looking for in Atlanta? How far will Teddy be able to push Tawney before their marriage falls into jeopardy?