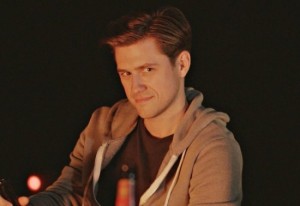 USA has become the latest network to reveal its plans for this summer, as they’ve announced premiere dates for four veteran shows and two rookie dramas. Tuesdays this summer will be filled by Royal Pains, which premieres its sixth season (and first on Tuesdays) June 10th, and Covert Affairs, whose fifth season is slated to begin June 24th. Meanwhile, Wednesdays finds a relocated dramas Suits and Graceland, both of whom aired on Thursdays this past summer; both series will premiere June 11th.

Finally, the network is utilizing an unusual maneuver by pairing new dramas Rush and Satisfaction on Thursdays beginning July 17th. The former tells the story of Dr. William Rush (Tom Ellis), a medical fixer charged with catering to the Los Angeles elite. In addition to Ellis, the series stars Rick Gonzalez. The latter, meanwhile, is said to delve into the unusual choices a married couple (Matt Passmore, Stephanie Szostak) make in the name of preserving their marriage and keeping their connection alive. The series also stars Blair Redford, Katherine LaNasa, and Michelle DeShon.

What will you be watching on USA this summer? Do you think either Rush or Satisfaction will breakout for the network? Is Suits going to be able to boost the ratings of Graceland?