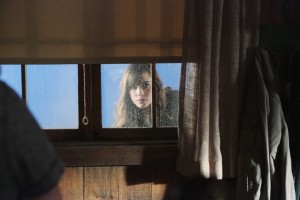 After spending quite some time in blackout-induced confusion, Emily Thorne has slowly been putting her plan for revenge back into motion, doing the legwork necessary to put herself in position to bring down the Graysons. However, her time away from her plan has made her a step slow, slow enough for Victoria to piece together the real reason for her presence in the Hamptons and develop a trap of her own that Emily didn’t see coming. To Emily, Luke Gilliam was another victim to gross off her list of those culpable for the death of her father, but to Victoria, he was a way to get the truth, someone to help her remain a step ahead of her former daughter-in-law.

On the next episode of Revenge, the Graysons continue to gain leverage against Emily, so with her identity hanging in the balance, and therefore her safety in the Hamptons, Emily decides to adopt a new persona. Her intent is to use the persona to help unmask the Graysons, but in addition to the new identity, she brings in Pascal to interrogate him about his role in her father’s death and extract information about the Graysons from him. With how close he is with Victoria, he’s the perfect person for Emily to turn, making him a double agent of sorts and getting a window into the Grayson world that she wouldn’t have access to otherwise. However, Emily has to be careful, as Victoria is still very much ahead of her and could have given Pascal explicit instructions on how to handle a confrontation with her, meaning that even when Emily thinks she’s ahead of the game, she’s the one playing catch-up.

How hard will Emily have to lean on Pascal in order to get the information she needs about the Graysons? Will Pascal go through with his proposal to Victoria or will he leave town before the two could get down the altar? Is this the point when Emily’s quest for revenge gets back on the right track?