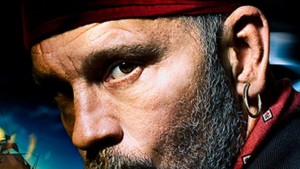 NBC has become the latest network to announce their summer 2014 premiere dates and in their case, it’s a pretty equal mixture of old favorites, acquired scripted content, and shows that didn’t make the schedule during the season. The latter category includes medical drama The Night Shift, which focuses on the overnight shift at San Antonio Medical and stars the likes of Eoin Macken, Ken Leung, Brendan Fehr, Freddy Rodriguez, and Daniella Alonso; Undateable, a multi-cam comedy from Bill Lawrence that follows a group of friends having a hard time getting their dating lives in gear; Crossbones, a pirate drama that stars John Malkovich as famed Blackbeard, ruler over a nation of thieves, outlaws, and miscreants, and features Claire Foy, Richard Coyle, and David Hoffin.

Among the acquired content NBC is bringing onto its schedule is Taxi Brooklyn, a police procedural starring Chyler Leigh as a driven NYPD detective and Jacky Ido as a streetwise taxi driver; Welcome to Sweden, a half-hour comedy starring Greg Poehler as a man who moves with his wife to her home country of Sweden so that she can accept a job offer; and Working the Engels, a family comedy about a tight knit clan that must band together when their patriarch dies. Also new to NBC this summer is Food Fighters, a reality series hosted by Adam Richman that finds amateur cooks putting their signature dishes to the test against five professional chefs. A dinner party of judges decides whose dishes are the best and the more professional cooks an amateur cook knocks out, the more money they win.

You can get a look at NBC’s full summer lineup below.

What do you think about NBC’s summer schedule? Do you think summer 2013 entry Siberia will return to the network at some point? Which new scripted series are you most looking forward to?