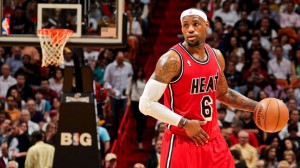 Starz has given comedy Survivor’s Remorse a six-episode series order, with the show set to premiere this coming fall. Produced by LeBron James, Tom Werner (Roseanne), Mike O’Malley (Shameless), Maverick Carter (More Than a Game), and Paul Wachter, the series follows basketball phenom Cam Calloway as he deals with the limelight that comes with playing in a professional basketball league. Along with his cousin Reggie, Cam moves to Atlanta and must learn to handle the challenges of success, including opportunistic people looking to take advantage of him and the pressure to perform with millions of dollars on the line.

“Mike has infused the world of Survivor’s Remorse with humor and heart,” said Chris Albrecht, Starz CEO.  “Along with LeBron, Maverick, Tom and Paul, we feel we really have an all-star team to capture the complexity and comedy inherent to this series.”

For the past several years, Starz has stayed mostly in the world of original scripted dramas, with the likes of Black Sails, Spartacus, and Magic City having been developed and aired. The last original comedies that aired on the network were Party Down and Gravity, both of whom were cancelled in June 2010. Aside from Survivor’s Remorse, Starz has several new series on tap for the remainder of 2014, including the television adaptation of Diana Gabaldon’s Outlander novel series and 50 Cent-produced crime drama Power.

Does Survivor’s Remorse sound like something you would watch? Are you excited for Starz to get back into the world of comedy? Which actors would you like to see play Cam and Reggie?