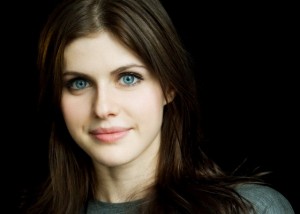 It looks like New Girl will be getting a new, new girl in an upcoming episode.

Alexandra Daddario, who appeared on White Collar as Neal’s first love Kate, will be guest starring on the comedy.

Her character?  Daddario will be playing Michelle, a “hot girl” who moves into the building and of course, captures the attention of the guys.   Jess’s guys, if we may be so bold.

I’m already imagining Schmidt, Winston, and Coach competing for her affections while Nick awkwardly assures Jess that he’s not interested.

Hit the comments with your theories!

New Girl airs Tuesdays at 9 PM on Fox, where it now sits as a lead-in to Brooklyn Nine-Nine.