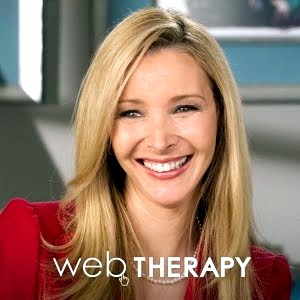 Good news for the fans of Friends Alum Lisa Kudrow, there are a lot more therapy sessions coming up soon! Yes you heard it; Showtime has decided to extend the comedy series Web Therapy to a fourth season. As we all know, Web Therapy is a comedy show which is based on a therapist giving sessions over the internet and the show is created by Kudrow herself, who also plays the protagonist of the show. The show is jointly produced by Dan Bucatinsky (of Scandal), Don Roos and Lisa Kudrow.

The comedy series has successfully been running for three seasons and till date, has aired around 31 episodes on the premium network of Showtime. The last season, i.e. the third season of Web Therapy was concluded on a very dramatic, leaving the viewers anxious note in September 2013. The nest season will also consist of 10 awesome episodes, the premiere date of which will be decided and announced in the coming months.

In the previous three seasons of Web Therapy, the network collated a couple of short webisodes and filled the other half of the show with some extra content. The webisodes from season 4 & 5 were taken and compiled and aired on television as season 3 featured episodes. For the record, the fifth season of the online version of Web Therapy will wrap up around February.

Production partners Kudrow and Bucatinsky recently had their NBC series Who Do You Think You Are?, to be renewed for TLC. Bucatinsky said that Showtime has been an amazing collaborator for Web Therapy and there couldn’t be a better Network for the original comedy series like Web Therapy than Showtime.

So, are you excited for the renewal of Web Therapy? Well I’m for sure, Kudrow being one of the best comedy actress and my personal favorite. How can one forget her character Phoebe Buffay in Friends!