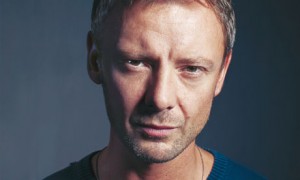 Doctor Who alum John Simm has been cast in upcoming BBC America scripted drama Intruders. He’s set to play Jack Whelan, a police officer turned writer whose dark past is now a distant memory, now replaced with a quiet life with his wife Amy. However, when Amy goes missing, Jack is forced to confront his past and reexamine everything he thought he knew about who he is and what his life has been founded on.

“I am thrilled to be working with John Simm, one of the UK’s most exciting talents, on the realization of Michael Marshall Smith’s novel. The BBC has always broken new ground in this genre and I look forward to playing a part in that tradition. Together with directors, Eduardo Sanchez and Daniel Stamm, we plan to put a whole new spin on creepy,” said series creator Glen Morgan (The X-Files).

Based on the Michael Marshall Smith novel of the same name and set in the Pacific Northwest, paranormal drama Intruders tells the story of a conspiracy that will change the way we think about humanity, a conspiracy that will lead Jack and several other people dealing with similar issues (an assassin covering his crimes, a child on the run) into the shadows. Can Jack manage to figure out what’s going on and find his wife before any harm comes to her? Or will digging into the conspiracy only drive him closer to madness?

In addition to his role as The Master on Doctor Who, Simm has appeared on the likes of State of Play, Life on Mars, and Mad Dogs. He’s the first person to be cast in Intruders, which was ordered to series this past October.

Will you be watching Intruders? Which actors or actresses would shine in a series like this? Would the show make a good companion for Orphan Black?