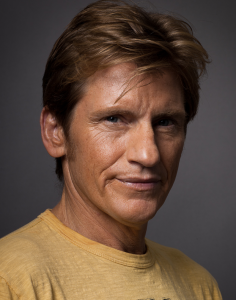 After working with FX on Rescue Me for seven seasons, Denis Leary will be making his return to the net with Sex&Drugs&Rock&Roll – a comedy pilot he will write and star in.

Sex&Drugs&Rock&Roll will star Leary as Johnny Rock, talented singer of early ’90s New York-based band The Heathens.  Once on the cusp of stardom, Johnny’s habit of sex and drugs led the band to a break up on the day that their only record was released.

Now, 25 years later, Johnny is trying to get the band back together.

The half-hour single camera pilot will be filmed in New York City, likely this spring, and FX teases that the series could feature original music and guest appearances by real-life rock stars.

Said FX original programming president Nick Schrier in a statement, “Denis is a tremendous talent who played a major role in the growth of our network with ‘Rescue Me,’ which was one of the most groundbreaking series of the last decade. We’re thrilled to have him back home at FX.”

Leary added “I am very excited to be returning to FX where working with Nick [Grad of FX Productions], Eric and [FX boss] John Landgraf has been one of the best creative experiences of my life. Plus, I hear they have much better swag now.”