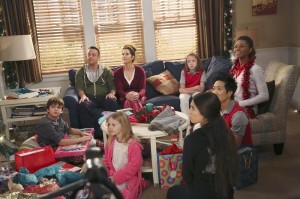 ABC has made every episode of The Neighbors and Trophy Wife that has aired this season available to watch on its website, presumably to take advantage of the holiday hiatus and give as many people a chance to catch up on both underrated comedies as they can. Which makes sense, considering that with the cancellation of Back in the Game, The Neighbors and Trophy Wife are on the bottom of ABC”s comedy totem pole and dangerously close to cancellation. What viewers they can snag now and what word of mouth they can build up could make a difference in their renewal chances, though, assuming that said word of mouth and additional sampling can turn into live viewing.

Of course, the strategy isn”t going to turn two disappointing performers into superstars in the span of two weeks, but it”s encouraging that the network casino online is even extending the opportunity to both shows, as it shows that while they”re not doing as well in the ratings, they still have a chance to turn things around and make it to another season, should things break their way. Both aren”t being helped by the way they”re scheduled, with The Neighbors airing along with Tim Allen multi-cam Last Man Standing and Trophy Wife forced to deal with similarly skewing FOX comedies and The Voice results show, but neither will get a chance at a better situation, as ABC will (as of now) be keeping both in their timeslots come midseason.

The Neighbors airs Fridays at 8:30 on ABC and will return with new episodes January 10th, while Trophy Wife airs Tuesdays at 9:30 and will resume January 7th.

Will you be catching up on either The Neighbors or Trophy Wife during hiatus? Should networks offer more catch-up opportunities than they already do? Do you think that we”ll see additional seasons of either comedy?