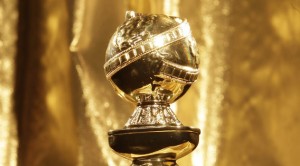 Nominations for the 71st Golden Globes were announced this morning and on the television side, there was an infusion of fresh blood that was missing from yesterday’s SAG nominations, as the likes of Masters of Sex, Brooklyn Nine-Nine, and The White Queen scored multiple nominations apiece. Orange is the New Black’s Taylor Schilling and Orphan Black’s Tatiana Maslany managed to sneak into the drama actress race, while Michael J. Fox, Michael Sheen, Liev Schreiber, Monica Potter, and Corey Stoll are all new to their respective categories this year, as well.

The 71st Golden Globes will be handed out Sunday, January 12th at 8:00. The ceremony will be hosted by Tina Fey and Amy Poehler for the second consecutive year after a well-received hosting stint last year.

What do you think about the Golden Globe nominations this year? Which series are you predicting to win Best Drama and Best Comedy? Is there a possible upset looming anywhere in these categories?