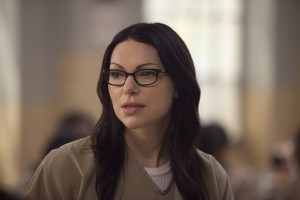 Nominations for the Writers Guild of America Awards were announced today and Breaking Bad emerged as a leading nominee, taking a spot in Comedy Series as well as three of the six slots in Episodic Drama. Critically acclaimed Netflix original Orange is the New Black tied the recently concluded AMC drama in total nominations with four, as the prison-set dramedy, competing in the comedy categories, was recognized in Comedy Series, New Series, and Episodic Comedy. Other multiple nominees this year at the WGA Awards include House of Cards, up for three including Drama Series; 30 Rock, which had its penultimate episode recognized; Parks and Recreation, scoring accolades for Leslie Knope’s surprise wedding; Masters of Sex, for its well-regarded pilot; and The Good Wife, earning positive attention in its fifth season for the game-changing “Hit the Fan”.

The Writers Guild of America Awards will be handed out Saturday, February 1st.