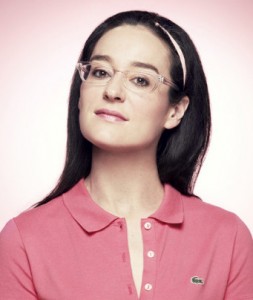 The popular Video Jockey of MTV, Lisa Kennedy Montgomery, best known for her maiden as VJ Kennedy has been appointed by the FBN to host their financial show The Independents. The roundtable will be aired four times a week on the Fox Business Network and getting hosted by Kennedy will help get the show a lot of gen-ex audience, for which it is intended for. Being the VJ of the 90’s, Kennedy is sure going to attract the matured audience for this primetime series which is based on economics.

Lisa initiated her tenure as a contributor with FBN in the year 2012 will now be presenting The Independents which gives a bigger picture of the economic and civil rights protection from the eyes of the network itself. And not only this, Kennedy is also excited to co-anchor alongside Matt Welch (Reason Magazine fame), Kmele Foster from the America’s Future Foundation and various other financial experts who would be scheduled on rotating basis. The Independents will premiere next week on December 9th and will be aired four days in a week, i.e. Mondays to Wednesdays and then again on Fridays at 9 p.m. ET (this schedule has been arranged due to Stossel being aired on Thursdays at 9 p.m.)

This is a huge step for growth for the Fox Business Network, a channel which airs Willis Report at this hour. The channel became popular when it took away the financial news reporter Maria Bartiromo from their competition, CNBC.

Lisa Kennedy Montgomery is being represented by WME and quite lately published The Kennedy Chronicles: The Golden Age of MTV Through Rose-Colored Glasses, which her second book. At present, she also hosts the show Music in the Morning on Los Angeles’ radio channel 98.7 FM.